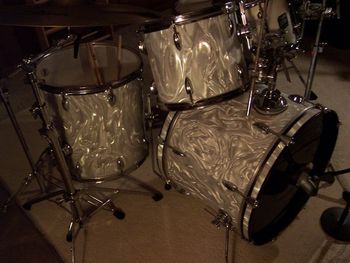 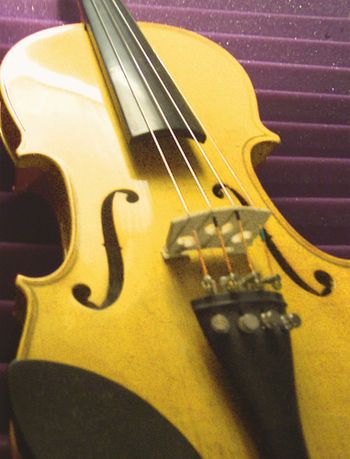 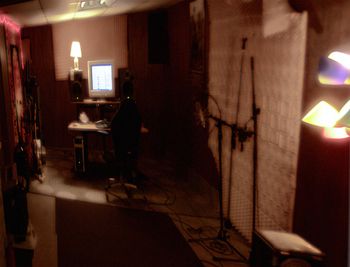 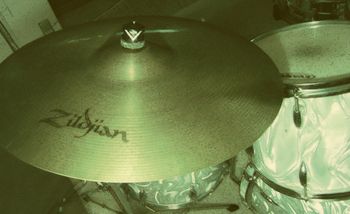 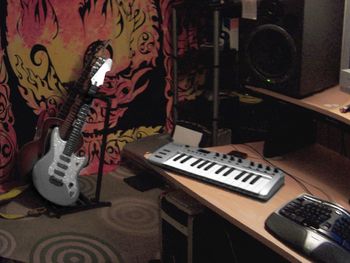 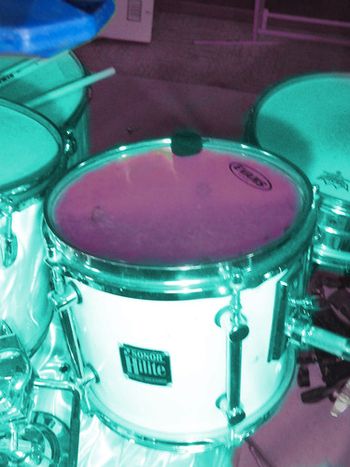 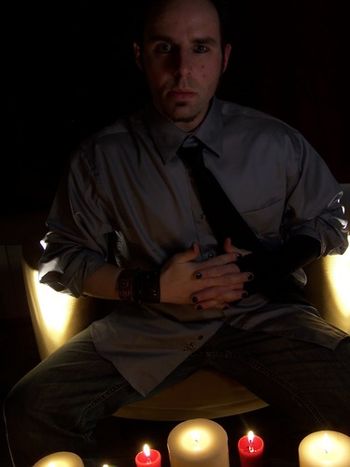 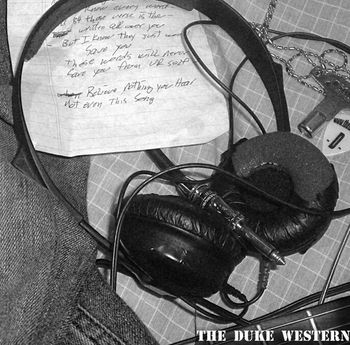 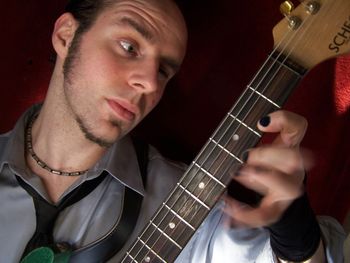 "As I listen to this record now, I can see myself playing every instrument on it, and mixing it as well.. The entire thing was designed to be completely free from labels, or any outside influence whatsover, and a clear reflection of where I was musically on a certain day. Some of the things on here were nothing more than experiments to see if I could figure out a new peice of gear while others can be directly influenced by some event."

The song "Fences" is an experiment in writing guitar parts to emulate big band horn textures. I sang that on New Years eve 2007 around 9 am. Lyrically its about how I emotionally chose music as a career, instead of just something I do. I was influenced by the lyrical swing of "Boogie Woogie Bugle Boy" by the Andrews Sisters. I developed alot of the rythmn section parts with alot of Steely Dan jazz influences also, as ive been a big fan of every drummer who has played in that band!

The song "A-Na-Na- Nimity" was written in march, 2009. It has a verse section that I wrote partly in the whole tone scale, to see if I could make it work - and a chorus riff that I wrote when I was jamming with Joe Belladonna of Anthrax, a project that never came to fruition before I relocated. This is a humorous look at what you could do if you went to a completely new place, and developed a completely new identity for yourself out of random things. "Sometimes, you wanna go where nobody knows your name" - is straight out of the tv show "Cheers". "We will decide before we get on the chariot, where we will send them when they are looking for us, Last nights lotto winning dij-utts will be our name, our phone, and our home address" is one of my favorite lyrics of mine.

"Evil Men Hide Behind Hot Chicks". This song has been licensed for use by Tiptown Publishing - and added to the stockpile of music that MTV and E! Networks use for their original programming. It was musically written after I got hooked on two things. Aggressive double bass modern metal such as "Strapping Young Lad", and the soundtrack to the movie "The Red Violin". The music sat on my hard drive for maybe 6 months untill 2 more things happened. I was pestered by credit card companies calling me as I was behind on payments. (Some girl with a cute voice calling to see when I would pay my borderline extortion late fees), and I saw a local band with a frontwoman making very lewd sex jokes in between every song, it made me appreciate the band alot less. The next day I had my lyrics.

"My Own Mistakes" is written about a close friend of mine that passed away from a herion relapse. I released it on myspace on his birthday. Lyrically its a recount of the last day of his life. He was one of the people who helped me deal with moving to a new town, and the loss of my father.

"Letters" is a song I wrote after going through a breakup, moving, and 8 months later going through some box that I didnt care to unpack and finding a whole bunch of writings and such that I had forgotten about. It was January, 2007. Since that time this song has been on many radio stations and shared on many myspace and facebook pages, it is also the only song included on Artifiction Addiction that has not been remixed or re-mastered. I was rebuilding many things in my life at the time, including my drumset. I used a splash cymbal, and a 12 inch "glennies garbage" cymbal for hi hats. You can hear during the breakdown section a cymbal crash that seems to repeat itself. This is actually the Glennies Garbage" cymbal falling off the stand and hitting the ground as I did not have a proper cymbal stand for it.

"Anything But Love" Is a song influenced by the Butch Walkers and Cheap Tricks of the world. I wrote this in June 2006, and went back and finished it in 2009. I sang the song after doing vocal excercises for a few days to prepare for a Square Pegs show in Lake George NY during "Bikers Weekend" in july 2008.

"Boomerang" I wrote this song when I was constantly using the Black Eyed Pes as a soundtrack for my workout routine at the gym. I was also practicing alot of Steve Morse guitar excercises on the guitar, which is where the inspiration for the middle section grew out of.